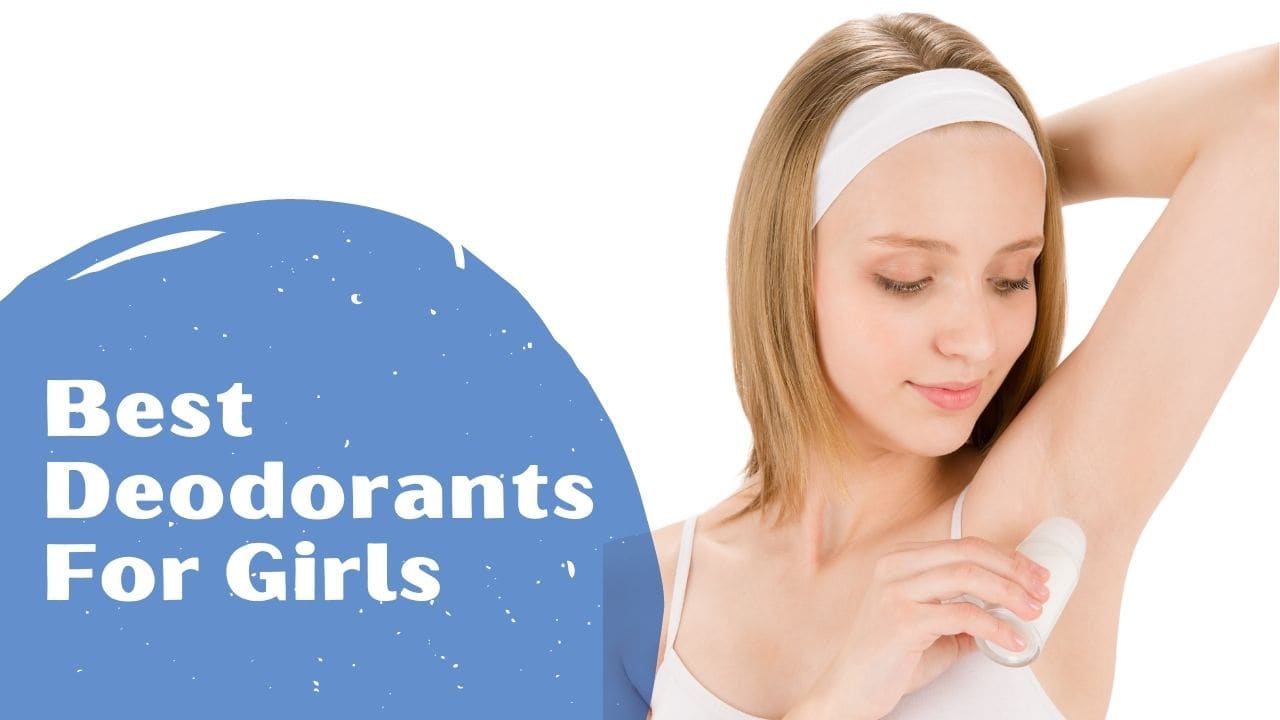 Sometimes it can be tough to be a parent, particularly when it comes to the health and hygiene of teen girls. You want them to have a deodorant that can not only deal with underarm odor, but they also want to make sure said deodorant also doesn’t have harmful chemicals in them either. And that can be a difficult task considering that many deodorants use additives or chemical compounds that might not be very healthy for teenage or preteen girls. That’s why we’ve decided to research some of the best deodorants for girls, so parents can choose one that’s right for their daughter’s needs. Now parents have one less thing to worry about.

Although younger girls might not need a powerful antiperspirant to deal with underarm perspiration, there comes a day in every teenage girl’s life that they need to not only deal with underarm odor but also with perspiration as well. Fortunately, this product is capable of handling both of these problems and can provide the wearer with up to 24-hours of perspiration and odor protection. It’s also a product that goes on clear, so the wearer doesn’t have to worry about it staining clothing. And since it has an energetic fragrance, it’s especially suited for girls and young women.

Designed exclusively for girls and young women with more days ahead of them than behind them, this high-quality deodorant not only deals with underarm odor but has a youthful Beachy Vanilla scent. This product always goes on cleanly and never stains clothing or leaves armpits feeling wet. It’s also a product that’s made without aluminum and is only made with all-natural ingredients, so it won’t irritate the wearer’s skin or pass along harmful chemical agents to their skin. This is a completely safe and effective deodorant that just about every girl will love to wear and can wear daily.

This kid’s deodorant has a youthful and exciting fragrance that smells just like cherries and makes it especially suitable for girls to wear. However, its pleasant scent isn’t the only thing to like about this deodorant. It’s also manufactured using a healthy formula that doesn’t contain many of the chemicals or additives that are often found in other deodorants. For example, this product is never made using Aluminum Clotohydrate, no propylene glycol, and absolutely no parabens whatsoever. That makes it a deodorant that parents can give to their children without worry. It’s also an all-natural deodorant that doesn’t cost a fortune either.

Although current scientific studies have found no causal link between added aluminum in antiperspirants to increased health risks for certain medical conditions, some parents prefer to buy deodorants that don’t contain aluminum in them. Besides, although aluminum isn’t necessarily unhealthy, it is capable of irritating the skin. Fortunately, this product is made without this ingredient, so parents can give it to their daughters without worry. It’s a deodorant that provides all-day odor protection, won’t leave white marks on the user’s clothing and always goes on smoothly. This product also has a citrus scent that smells quite nice as well.

Even though Tom’s of Maine may not be the first brand that parents think about when they think about deodorant for their teenage daughters, it is often the first deodorant that people think about when they think of natural deodorants. This product knocks it out of the park with a formula that’s scented in a way that makes it appealing to young girls but is also made with natural ingredients. This formula doesn’t contain aluminum, artificial fragrances, phthalates, or parabens. And it contains a formula that prevents body odor all day long. After using this product, Tom’s Of Maine may become the first deodorant a person thinks about for teenage girls.

This deodorant may not be specifically marketed to preteen and teenage girls, but it is made using a formula that any parent would be happy to have their daughters using. That’s because it’s made with all-natural ingredients and is both a vegan and cruelty-free product. This deodorant is never made with aluminum, parabens or gluten, and it is also free of mineral salts, propylene glycol, and artificial fragrances. Other ingredients that can’t be found in this deodorant include salicylic acid and SLS. What can be found in this product is organic shea butter, sodium bicarbonate, and coconut oil. It also has a nice lavender scent to it that’s pleasant to wear.

No one wants to give their growing daughters a deodorant that’s full of a lot of chemicals. That’s why more and more parents are turning to this high-quality product from Organic Island. This deodorant is made without all of the chemicals that can be found in other deodorants and antiperspirants. That means that it doesn’t contain BPA, doesn’t contain aluminum, and doesn’t contain gluten either. It also means that it’s free of artificial fragrances, animal products, alcohol, and parabens. This product fights armpit odor using natural probiotics, and it’s not only suitable for children but is also suitable for parents, too.

This antiperspirant is suitable for young girls, teenage girls, and adult women, too. This product glides on smoothly, provides up to 24-hours of odor and wetness protection, and has a pleasant sweet pea and lavender scent that everyone who smells it loves. Another thing to like about this antiperspirant is that it doesn’t leave white marks on black clothing or yellow stains on white clothing. It’s a very feminine antiperspirant that never leaves a messy residue and prevents unsightly wet marks from developing on clothes. All of these are good reasons for anyone to at least give this antiperspirant deodorant a chance.

This natural roll-on deodorant is specifically designed to address the needs of pre-teen and teenage girls. It’s designed to provide a full day of odor protection and do it without using harmful chemicals to do it. This means that this dermatologically-tested deodorant won’t cause rashes, hives, or red bumps on the wearer’s skin. And it also won’t block pores, so it won’t cause acne flair-ups. And because it has a feminine scent to it, girls will want to wear it day in and day out. All of which makes this one of the best deodorants for girls that are available at this moment.

Choosing The Best Deodorant For Girls

Whether you’re a parent looking to buy your soon-to-be teenage daughter the right deodorant for your needs or you’re a teen looking for the best teen deodorant, you have come to the right place. That’s because we not only wanted to write about some of the best deodorant products for girls, but we also wanted to write a guide on the subject. This guide will help both parents and teen girls find the best deodorants for their needs.

What Age Should A Deodorant Be Used?

The first question many parents are going to want to ask is when they should start buying deodorant for their girls. And the answer to that question is: it depends. Children all develop at their own rate, and some girls have a bigger need for deodorant early on than other girls. Therefore, parents should consult with their girls and they should decide together when the right time is for them to start using a deodorant product.

Another thing that parents and teen girls are going to want to think about is whether a deodorant or an antiperspirant is needed. And once again, the answer to that question is that it depends. If the child has problems with excess sweating, then an antiperspirant is probably a good idea. However, if the parent or girl is worried about the aluminum that can be found in antiperspirant products or they don’t have to worry about excess perspiration, then they might want to choose a deodorant. Either way, the consumer is going to want to make sure that they choose an alcohol-free product to avoid irritating the girl’s underarm area.

Look For Products Made For Sensitive Skin

In our experience, the best deodorants for girls were the ones that were dermatologist tested and found to be free of chemicals that can irritate sensitive skin. Since most girls have more sensitive skin than adults, a deodorant that’s free of harsh chemicals and won’t cause red bumps, hives or rashes is probably the best way to go. Fortunately, there are plenty of girl’s deodorants that are dermatologist tested, so parents and teens should have no shortage of products to choose from.

Think About A Natural Deodorant

Although this product has been banned in the U.S for use in antibacterial soaps, there are still a surprising number of deodorants that might still contain it. The problem with this ingredient is that it’s been linked to several health problems including obesity, early onset of puberty, and infertility.

Although there are no studies that directly link aluminum to any potential health problems, many researchers seem to believe that it might be linked to hormone disruption. This product is used heavily in antiperspirant products, so consumers can either choose a natural antiperspirant or move to a deodorant.

Some of the worst ingredients that people can find in deodorants are paraben ingredients. Parabens are believed to interfere with estrogen levels, so consumers might want to avoid products that use this ingredient. Unfortunately, since parabens are widely used in not only deodorants but also food products and cosmetics as well—that’s easier said than done.

Although artificial dyes and fragrances might not cause issues for many people, for some, these are ingredients that can cause itching and sometimes even rashes. Fortunately, a lot of natural ingredients use essential oils instead of artificial fragrances, so it’s easy to avoid them by purchasing natural deodorants.

I’m Gina A. Calloway, a lover and documenter of all things beauty. I’m a beauty editor for Nail It!, Nailpro and Beauty Launchpad, who enjoys dipping into makeup, hair, skin and nail trends that sometimes go beyond the traditional.

Although deodorant and antiperspirant manufacturers spend a lot of energy rolling out new scents for their products, not everyone needs or wants a deodorant with a fancy fragrance. And some…

Buying a cruelty-free deodorant is usually the next step a person takes when they begin considering some of the ingredients that can be found in most commercial products. That’s because…

Deodorant stains on shirts aren’t something which many people want to have. These can become stained to the point where the underarm area becomes very discolored and simply doesn’t look… 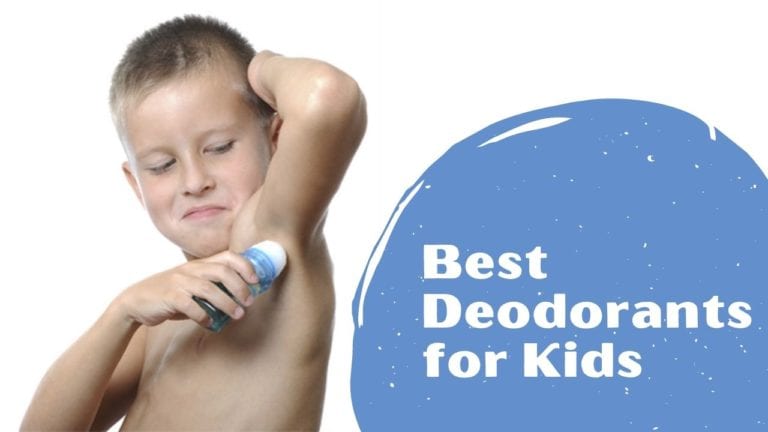 As you may already know, body odor is one of the clearest indications that a child is starting puberty. Even though it is a perfectly natural part of their development,…

Deodorants for men that are made without aluminum are beginning to become increasingly popular. That’s because aluminum is an ingredient that’s been linked by several scientific studies with some alarming…

When you have hyperhidrosis, it feels like there’s nothing in the world that can help. It feels like no matter what deodorant or antiperspirant you use, you’re still going to…